Where Are They Now: Kirsi Kuutti 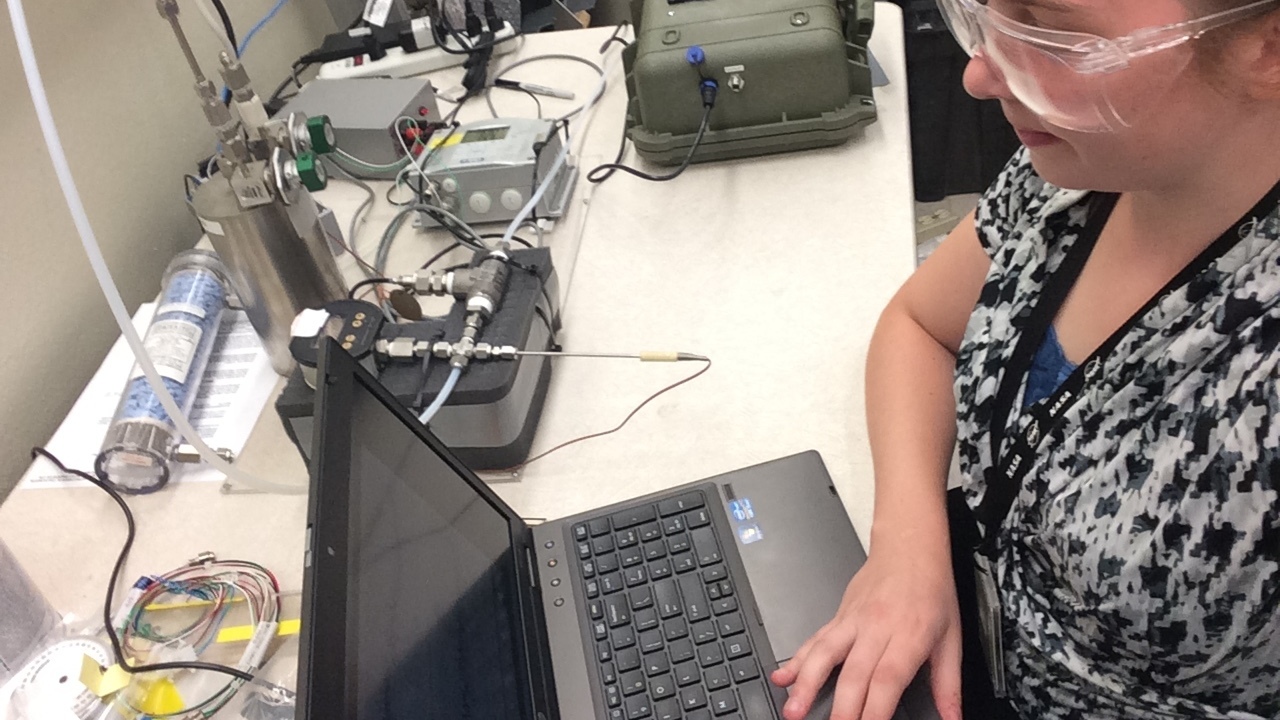 Where Are They Now: Kirsi Kuutti

The Minnesota Aspirations in Computing (MNAiC) Awards Program partners with the National Center for Women and Information Technology (NCWIT) to honor young high school women for their computing-related achievements and interests.  The powerful story of their accomplishments does not end at a recognition ceremony in the spring of each year, it’s just beginning!  Nearly 200 young women who have been honored since the Minnesota Aspirations in Computing Program inception in 2012-2013 continue to pursue life-changing education and career opportunities and accomplish AMAZING things.

In our final feature of the 2018 “Where Are They Now” series, we meet with Duluth-native Kirsi Kuutti, a 2013 Minnesota Aspirations in Computing Awards winner and the 2018 Minnesota Aspirations in Computing Awards Ceremony keynote speaker! Kirsi will graduate from the University of Minnesota Duluth in December 2019 with a double major in electrical engineering and computer science. She plans to apply her education to a career in civil service or at a private technology or aerospace company. As a current intern at NASA, Kirsi is well on her way to achieving her personal goal!

The MNAiC program is a critical part of Kirsi’s educational and career journey. “Without being a part of the aspirations program I would not have held onto my computer science studies. They made me value the program more,” Kirsi says, “The aspirations Facebook community is especially valuable. Thousands of women working to get into computing is inspiring!” If you are thinking about pursuing a computing related future, Kirsi advises to “give it a try!” and “Don’t let computing intimidate you. Stop trying to imagine what a computer science major looks like. Give it a go and define that image for yourself.”

Kirsi has built an amazing portfolio of work experience, but she did not get there without overcoming barriers or without her “grit.” In her MNAiC awards ceremony keynote speech, Kirsi defines grit as “being met with a challenge and not quitting until it gets done.” In her first year of college at the University of Pittsburgh, she failed Calculus II, which is one of the first engineering major requirements, and she withdrew from the engineering program. The following semester she enrolled in the University of Minnesota Duluth and took Calculus II again, getting a study buddy, practicing hundreds of problems, and asking her professor questions during office hours. She passed with a B+! A 3.0 GPA was what she needed to qualify for the NASA internship, and she accomplished it with hard work and perseverance. “My advice for future STEMinists is to not give up and keep pursuing your passion despite doubts. Even if you have to retake a class many times, try a new strategy and find those who can help you,” Kirsi says.

Kirsi alternates semesters studying at the University of Minnesota Duluth and working in the Co-Op program as a US Government Civil Servant Pathways Intern at NASA’s Johnson Space Center in Houston, Texas. She is assigned to work with a different team each semester, so far working with engineering teams and Mission Control teams. This summer, Kirsi will be working on space station power and external thermal controls as a member of the SPARTAN Mission Control team. 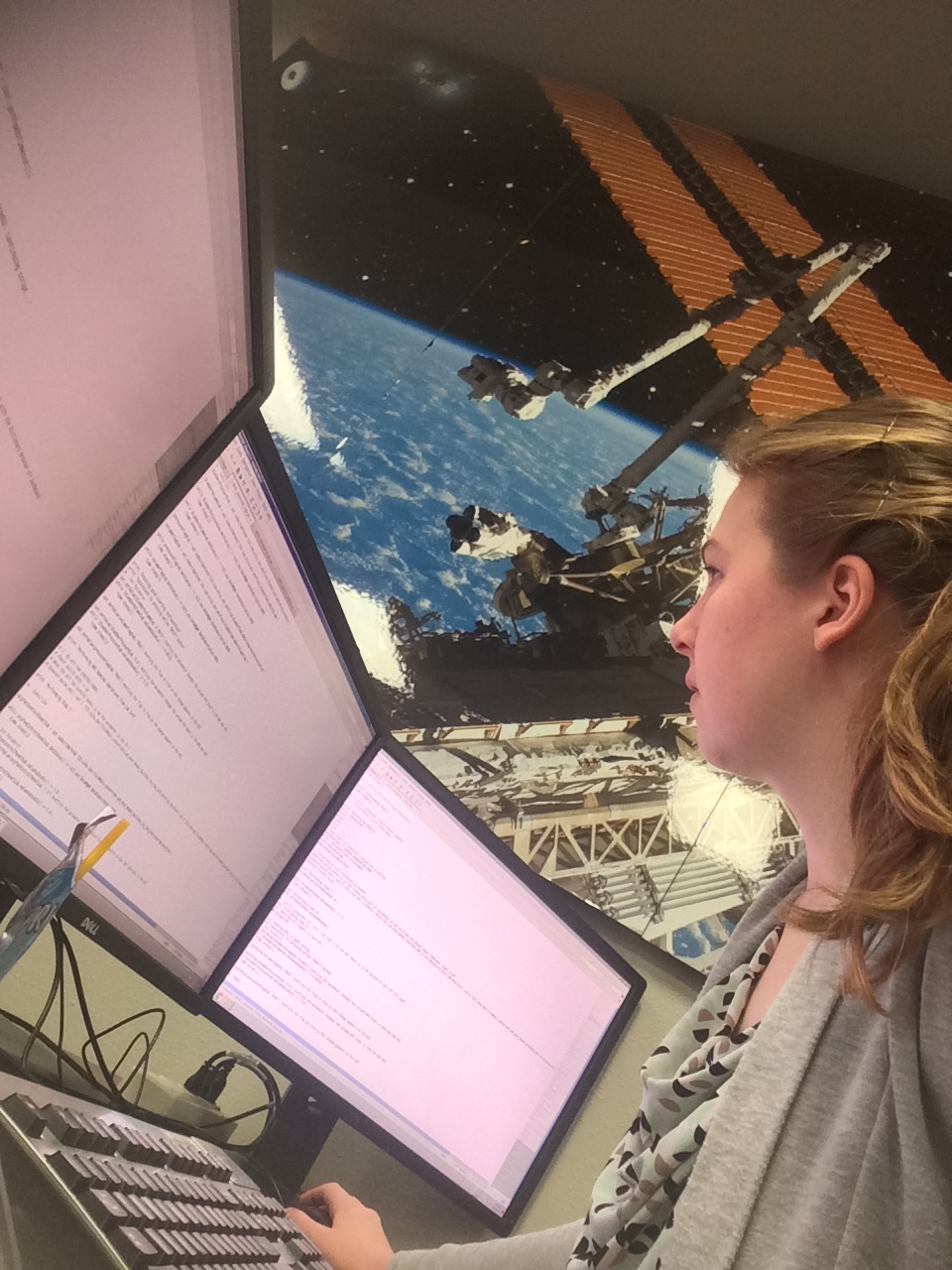 Kirsi started at NASA in the summer of 2013 as an intern at the Glenn Research Center, where she helped test and design a circuit board for a Solar Array Regulator (SAR) on a deep space habitat. The regulator converts AC to DC power from solar panels to a constant 120V. She analyzed SAR’s limitations during solar inclusions, eclipses and transients, and she designed and fabricated a circuit board for SAR, utilizing all the space allotted for the board to conserve weight.

In the summer of 2014, Kirsi worked as an intern at Rockwell Automation in Cleveland, Ohio. She regression tested the new firmware for Logix Controllers and the Rockwell product line, confirmed Logix Controller software operated with firmware on assigned drives as expected, and developed a regression troubleshooting guide for testers to distinguish user errors from anomalies.

In the summer of 2015, Kirsi returned to NASA as an intern working in the Human Integrated Vehicles and Environments (HIVE) lab. She worked on the same SAR project from her 2013 internship experience, this time using LabVIEW software to design a user-friendly interface for the SAR which astronauts could navigate to monitor power consumption and energy sources. Kirsi was the only member of the team who knew both the electrical functionality and the human interface interactions of the SAR, which is designed to be transferable to any spacecraft while also specifically designed for a deep space habitat capable of traveling to the moon, Mars and beyond.

Kirsi continued her work at NASA in the fall of 2015 through the Co-Op program. She developed training for astronauts Scott Kelly and Tim Peake to teach them how to use a new device on the International Space Station. The device is used to assist them in their completion of complex tasks like preparing for docking vehicles, lab intensive experiments and the repair of life support systems.  Prior to the training, Kirsi conducted user testing to ensure the training implementation was user friendly. She also participated in real-time flight control basic training in Mission Control, logging extra vehicular activity tasks and cargo ship release activity. 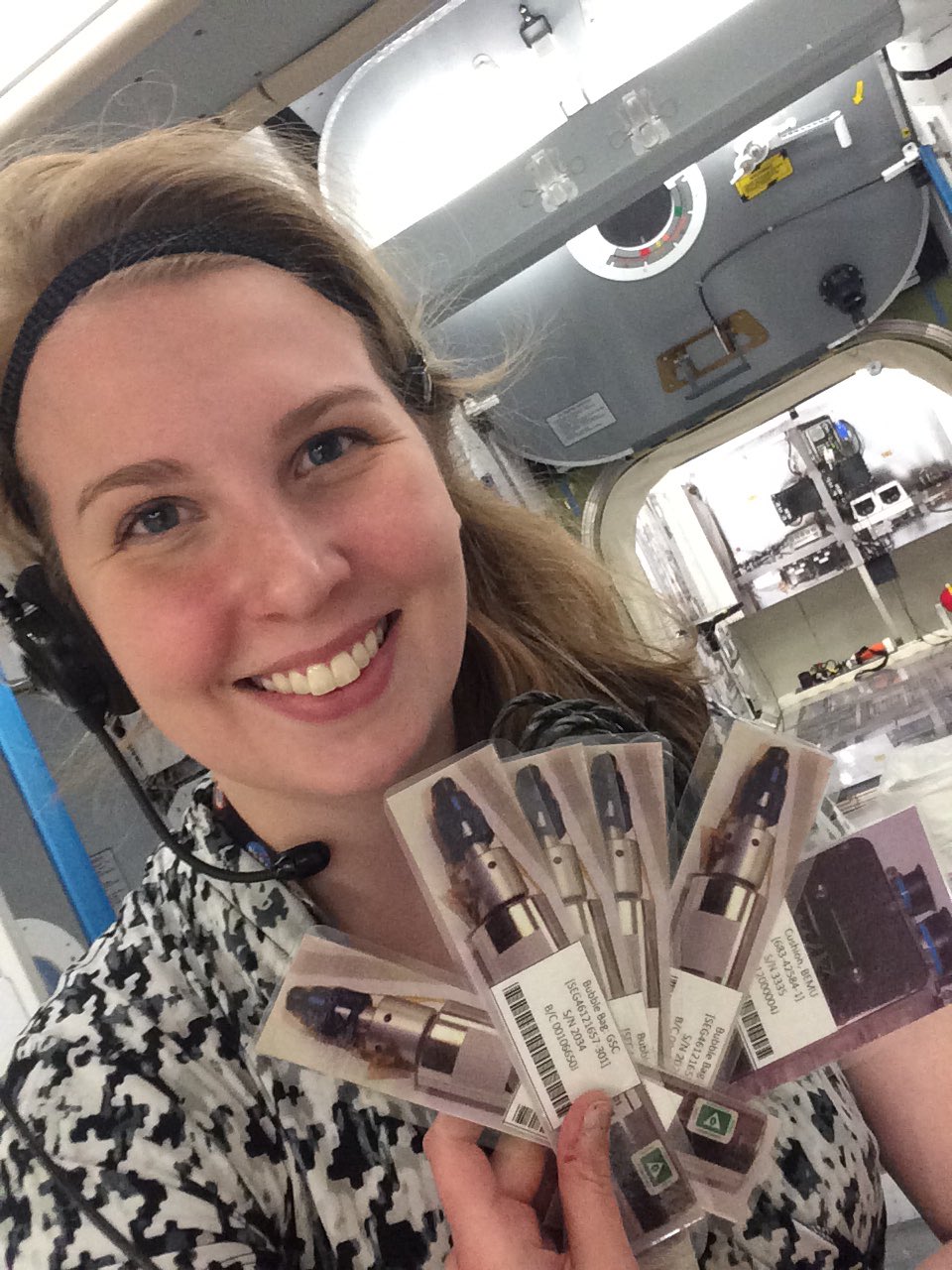 In the Propulsion Division at NASA in the summer of 2016, Kirsi built a fluid trial rig to determine the accuracy of a potential Lunar/Mars humidity sensor, programmed a LabVIEW program which compiled sensor data into an Excel spreadsheet for analysis, and consulted engineers with thermodynamics backgrounds to ensure she was accurately executing trials. As an Inventory Stowage Officer (ISO) in Mission Control in the spring of 2017, Kirsi led a team of developers and controllers to develop an app to simplify space stowage operations by making operations more hands-free and error-free. She also tested a stowage app which can assist with unloading cargo vehicles like SpaceX’s Dragon. In the fall of 2017, Kirsi moved to an Operation Support Officer (OSO) role in Mission Control, where she scripted cargo ship docking procedures in python to be used in mission control training simulations, compiled space station maintenance procedures for astronauts-in-training to practice, and created a test procedure to ensure an oscilloscope will run with the same firmware loaded on the space station.

Outside of school and work responsibilities, Kirsi volunteered over 60 hours conducting STEAM (Science, Technology, Engineering, Arts and Math) outreach in 2016-2017. She volunteered at regional and champion FIRST Robotics events, and she visited classrooms to teach about space, careers, programming and backwards design. She showed second grade students how fun and non-intimidating programming can be, and she taught high school students about smart design, using her own experiences as an example. At the University of Minnesota Duluth, Kirsi speaks to students in career development classes about how they can make the most of their internship experiences and the pros and cons of pursuing a STEM major.

You can learn more about the Minnesota Aspirations in Computing program here or by contacting Russell Fraenkel at (612) 659-7224 or Russell.Fraenkel@metrostate.edu.

May 9, 2018 | Employers . K-12 Educators . Minnesota State IT Center of Excellence | Tags: Alumni Stories, Aspirations in Computing, K12 Students, Where Are They Now