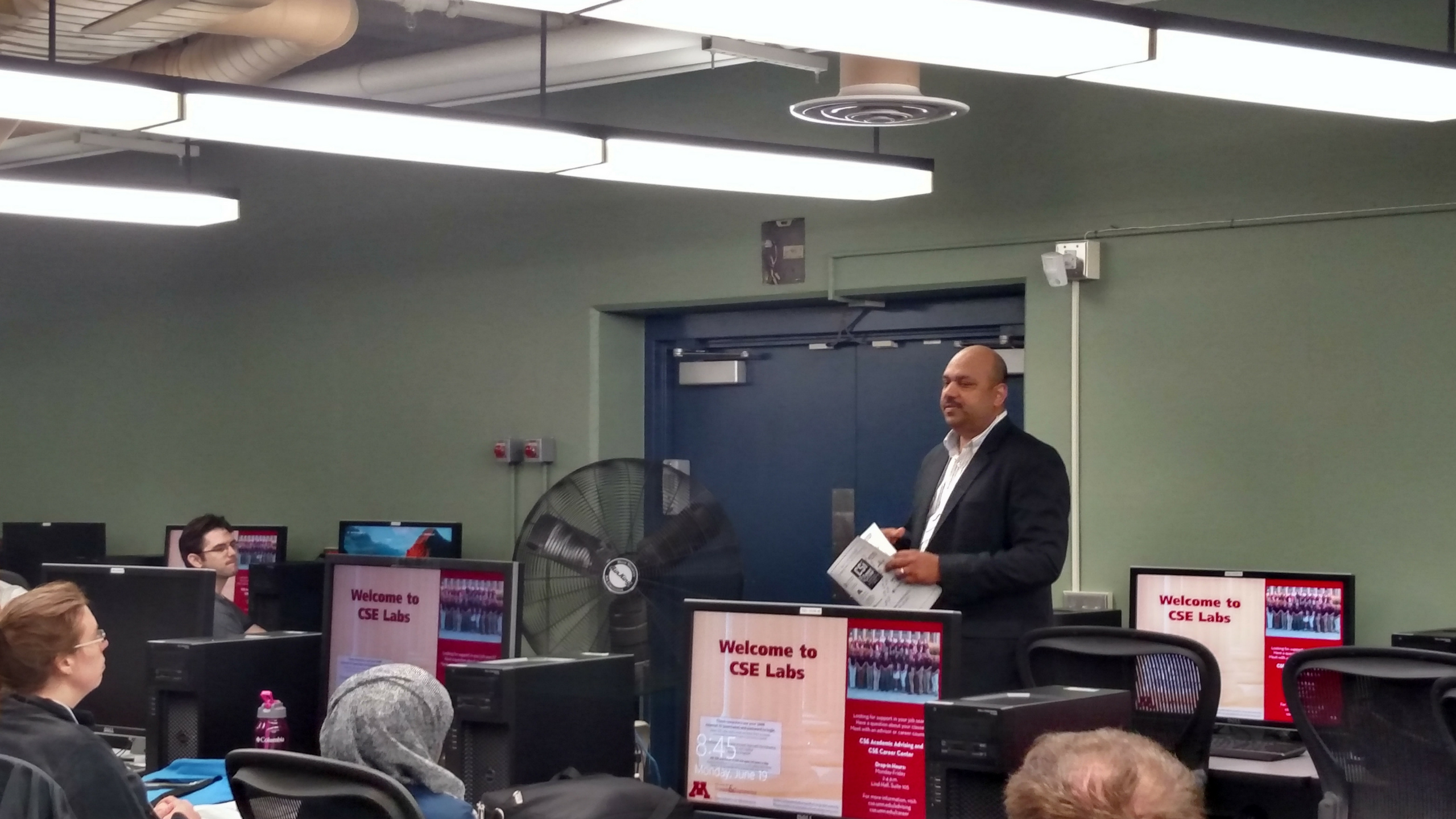 It seems like cybersecurity threats are in the news every day. From the billion Yahoo accounts and passwords that were compromised, claims that Russian hackers tried to skew election results, or the dramatic increase in ransomware attacks, cybersecurity experts are in high demand.

Students who attended the CSi Boot Camp get more than lectures.  They got hands-on training with real-world forensic tools and tactics to identify and thwart cybersecurity threats.  “I especially liked the hands-on presentations,” said Molly Payne, a recent college graduate with a degree in Computer Forensics.  “The Clifton Larsen Allen (session) had a lab set up, where we practiced exploitation tests, using the actual tools used in the field.”

“The real-world experience opened my eyes wider,” said past participant Sergei Kalmuk, a student at Century College majoring in Advance Networking and Security.  “With cloud technologies, security is changing every twenty minutes.”

The 2017 CSi Boot Camp is hosted by the Minnesota State IT Center of Excellence — Formerly known as Advance IT Minnesota is in partnership with Minnesota Cyber Careers Consortium (MnC3).

Students studied a variety of cybersecurity topics and tactics:

Students also had the opportunity to visit local Fortune 500 companies to gain real-world experience with security teams.  At the end of the boot camp, students went through an assessment process to evaluate what they learned.

The cybersecurity job market is expanding at incredible pace.  The industry is expected to grow to a $170 billion industry by the year 2020, according to Gartner, Inc.  Cloud security, threat intelligence, and mobile security are trending growth areas.  Currently, there are more than 200,000 cybersecurity jobs that companies in the United States are attempting to fill.  The number of job listings is up by 74% in the past five years, according to a Bureau of Labor Statistics study done by the Stanford University Journalism program.

Experts at Cisco, considered the world leader in networking systems, estimate that there are more than a million unfilled jobs worldwide.  Almost every business used technology connected to the internet.  Every company, therefore, has a need for security systems and regular protection measures.

How big is the cybersecurity market?  Consider that four financial institutions – Bank of America, Citi, Wells Fargo, and JP Morgan Chase – spend a collective $1.5 billion dollars a year on cybersecurity, according to Forbes.

The threat potential is growing rapidly and it’s affecting more people than ever.  The adoption of mobile devices, like smartphones and tablets, has increased the opportunity for mischief.  Reports show that more than half the world’s population now uses a smartphone.  Added to other in-home technology, that means some 8 Billion internet-connected devices are being used in 2017, according to research company Gartner.

Part of the curriculum is designed to help current and future job seekers to stand out from the crowd.  In addition to hands-on training and networking, Dr. Amy Lane, Director of FUSION at the Minnesota State IT Center of Excellence,  also assisted students in developing personal brands that highlighted their unique tech skills.

CSi Boot Camp is a great program for students seeking hands-on experience and an opportunity to network with local Minnesota businesses for jobs.  “I went into boot camp expecting I was going to get contacts for future employment,” said Eric Wolkerstorfer, a previous attendee.  “I thought it was be a great opportunity to network.  It was.”