Where Are They Now: Erin Mitchell 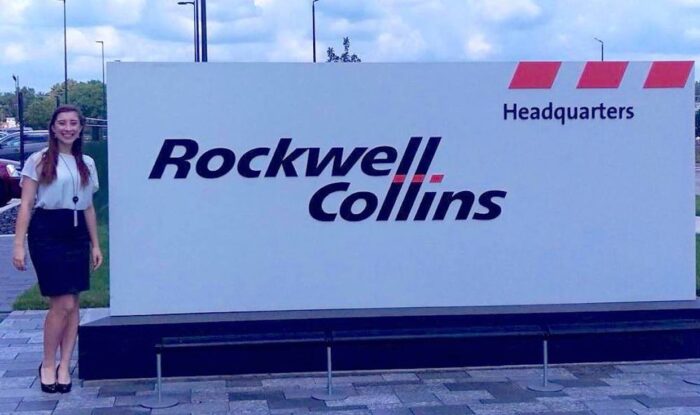 Where Are They Now: Erin Mitchell

The Minnesota Aspirations in Computing (MNAiC) Awards Program partners with the National Center for Women and Information Technology (NCWIT) to honor young high school women for their computing-related achievements and interests.  The powerful story of their accomplishments does not end at a recognition ceremony in the spring of each year, it’s just beginning!  The 145 young women who have been honored since the Minnesota Aspirations in Computing Program inception in 2012-2013 continue to pursue life-changing education and career opportunities and accomplish AMAZING things.

In the second publication of the “Where Are They Now” series, we meet with MNAiC Alumna Erin Mitchell, a Minnesota Aspirations in Computing Awards 2013 state runner-up and 2014 state winner from Lakeville, Minnesota. She will be graduating from Iowa State University (ISU) in May 2018 with a Bachelor of Science in Industrial Engineering, a Master of Business Administration and a minor in French. While the concurrent MBA/BS program at Iowa State University is usually completed in five years, Erin is completing it in four years!

After graduation, she will embark on her career in the Operations Rotation Program at Rockwell Collins, where she will rotate through three twelve-month technical positions in three different locations. Her first role will be an Industrial Engineer in Cedar Rapids, Iowa. Erin’s goal is to be a program manager, and she believes participating in the program and broadening her knowledge about various roles in the company are crucial to her success. She is also excited to meet and network with employees from all parts of the business, including many of the Rockwell Collins’ executive leadership team.

Erin was a Business Development intern at UTC Aerospace Systems for two summers. She had numerous responsibilities, including leading a team of individuals in operations, program management, customer service, and engineering to develop and expedite an obsolete part transition. Erin provided daily status updates to Boeing Commercial, pursued new business by coordinating responses to proposal requests for Boeing Commercial, ensured on-time delivery of current business and provided communication for delinquencies, forecasted costs, sales and revenue for Boeing Commercial business through 2028, and developed and briefed $250,000 in cost-saving shipping measures to The Boeing Company.

Erin further diversified her internship experience as a summer Finance intern at Rockwell Collins. She was responsible for creating training videos for a new proposal tracking tool, which would be used by more than 2,000 users. Erin organized bid and proposal information from 87 users for completeness, accuracy and clarity, and she participated in Lean events focused on the proposal bidding process.

When chosen as an Aspirations honoree in 2013, the review committee was quite impressed with Erin’s love of STEM through her involvement on a FIRST Tech Challenge team named Fish in a Boat.  This experience inspired her to enroll in numerous engineering, electricity, science and math classes at Lakeville North High School which influenced her subsequent education, volunteer, and career path choices. Throughout her college experience, Erin has devoted a significant amount of time volunteering. She has been actively involved with FIRST (For Inspiration and Recognition of Science and Technology), whose mission is “to inspire young people to be science and technology leaders and innovators.” Since she was a freshman at Iowa State University, Erin has been a mentor for Team Neutrino in the FIRST Robotics Competition (FRC).

Through the Youth and Shelter Services, a non-profit in Story County that provides multiple services including afterschool programming, Erin has coached in the FIRST LEGO League (FLL). This year she is coaching an FLL team of fifth grade Girl Scouts who are competing at the Iowa State Championship in January. As a FIRST Tech Challenge (FTC) league administrator, Erin coordinates events for the area FTC teams. A memorable experience for Erin was when she met the CEO of Youth and Shelter Services, who encouraged her to “never leave a kid behind.” Erin is determined to use FIRST to ensure kids are given the opportunities to learn and grow, whether it’s teaching technical skills or providing a safe environment to learn problem-solving and teamwork. 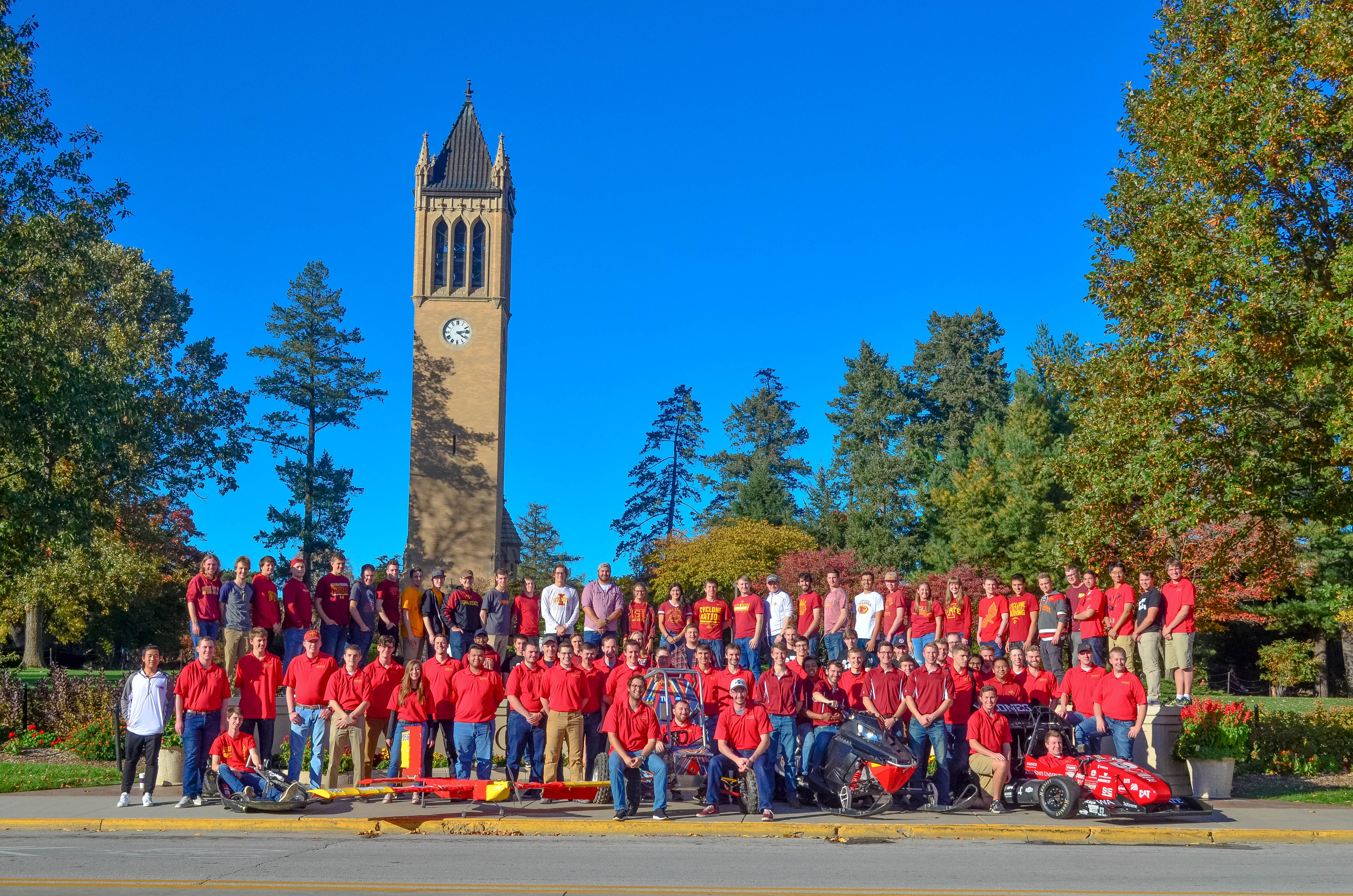 Erin is also volunteering with Reggie’s Sleepout, which is an event held in ISU’s Jack Trice football stadium. The event’s goal is to promote awareness and to raise money for homeless youth in the area. Participants “sleep out under the stars so kids don’t have to.” She is working with ISU SAE International, an organization of which she is a member, to inspire the College of Engineering and related student organizations to participate in the event. 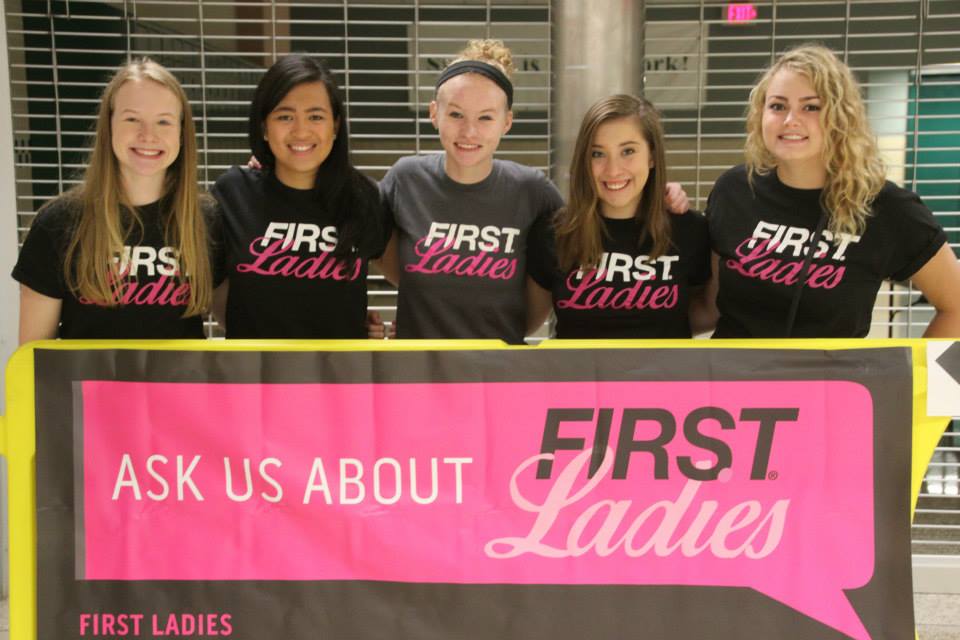 When asked what advice she would give a young woman considering pursuing a computing-related future, Erin had very inspirational, passionate words to share. “It will be one of the most challenging experiences you will ever have, but the most rewarding,” Erin says. “If you’d asked me when I graduated high school if I ever thought I was going to be an engineer, I would’ve told you no,” she says, “Now it’s real, and I’m doing it.” She advises students in high school to surround themselves with people who are supportive, and to find a mentor, whether it be a professor, an older student, or someone in the workforce. For Erin, she considers the Minnesota Aspirations in Computing program to be an “amazing support system,” and she frequents the NCWIT Facebook group for both professional and personal advice. “It is one of the most positive, celebratory communities,” Erin says, “It has proved to be consistently inspirational.”

When Erin was considering applying for the MBA/BS program, she turned to other young women in the Aspirations community who provided an overwhelming amount of encouragement and support. Erin recognizes the stereotypes which exist in society and has experienced them first-hand, so she encourages young women to remember they are “capable and intelligent” and they should never give up on their goals. “Do not be afraid to be aggressive. Aggression shows passion,” she says, “This is something you should never try to filter or hide because you are afraid of what other people will think of you.” Erin adds, “You are not simply “lucky.” You have worked incredibly hard. Do not diminish your successes. Strive for success, always. But, remember failing is okay. Failing and falling will teach you more about yourself than immediate success. You are strong. You are capable. You are powerful. You are courageous. Do not let anyone convince you otherwise.”

The Minnesota Aspirations in Computing (MNAiC) Awards Program, partners with the National Center for Women and Information Technology (NCWIT) to honor young high school women for their computing-related achievements and interests.

Why You Should Sponsor Aspirations