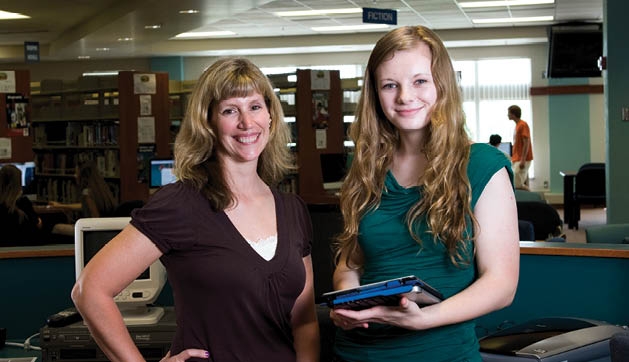 Code Like a Girl. Ana Pooley, Plymouth, MN, is recognized for her achievements in computing.

The typical “computer whiz” stereotype is of a boy—face illuminated by the blue light of the screen—typing away intensely, pale and alone in his bedroom. But Ana Pooley defies that stereotype. The 18-year-old Plymouth resident, featured among Plymouth Magazine’s 2014 Prep Elite, will attend Macalester College in the fall, and, to her, computer science is a fundamentally social activity.

Pooley was recognized by the National Center for Women and Information Technology as a 2015 winner of its aspirations in computing award. Pooley met the criteria for this award by writing three essays to show her experience with computer science, her community involvement in the field and what she plans to do with computer science in the future. Sparked by her father’s career as a software engineer, an online Coder Academy course and a Wayzata High AP computer science class where Pooley says her teacher Tika Kude “constantly encourages girls,” Pooley’s involvement in computing ranges from creating an android weather app (which qualified in the national BPA mobile applications event), attending hackathons and even mentoring young students at a local LEGO league.

“It’s fun to see kids excited about making things,” Pooley says. “The one girl in the entire [LEGO league] team at Central Middle School got so excited [when she saw another girl].”